Find articles and news about the logistics sector here

Find articles and news about the logistics sector here

Customs management of goods and types of warehouses

In the aftermath of the Ukraine-Russia conflict, global air freight traffic has declined. The European continent has been plunged into a period of economic and political uncertainty and, despite the first signs of relief from the pandemic, and the reinstatement of transport, volumes have failed to pick up. This is why, in many cases, the routes for transporting goods by air are not profitable, but necessary.RFL Cargo is a logistics operator of [...]

New rules for citrus fruit treatment in the EU

The European Commission has approved cold treatment for the import of citrus fruit arriving in member countries. With this new requirement, the goods must meet a series of phytosanitary criteria in their treatment to guarantee that the citrus fruit does not have any pests that could affect consumers or the vegetation in the territory. This measure is already being applied in the United States and South Korea.In recent years, countries such as [...]

The trade balance and the logistics sector

A country's trade balance is an indication of the number of imports that have taken place in a region and is compared with the exports of goods to see where a country stands. In other words, it shows whether there have been more imports or more exports.Once all the data have been extracted, there are three possible situations. The first, and most ideal, is a positive balance or what is known as a trade surplus. This means that the country has [...]

RFL Cargo applies the regulations for the import of electronic products

A new import control for electrical and electronic products is expected to be implemented in May and June in order to improve health and environmental protection. RFL Cargo offers a service in which we guarantee compliance with the RAAE (Waste Electrical and Electronic Equipment), RPyA (Waste Batteries and Accumulators) and RoHS (Restriction of Hazardous Substances in Electronic Equipment) regulations. In addition, as an integral logistics [...]

ACID regulation for export to Egypt

Last year, Spain's exports to Egypt amounted to 1,447 million euros and imports to 678 million euros. Compared to 2019, the variations were -5% and -23% respectively, mainly due to the effects of COVID-19.Our country is currently the fourth largest supplier, behind Germany, Italy and France, to the African country. The main goods exported in 2020 were machinery and mechanical appliances; automobiles, tractors, electrical appliances and equipment; [...]

Refrigerated transport tries to optimise processes to save costs

Electricity accounts for 40% of the costs in the refrigeration industry and its use is required 24 hours a day. Since the new electricity rates came into force in our country, with a considerable price increase that affects both production areas and households, the refrigeration sector has been trying to adapt to the new situation in the best possible way. In some cases it has been possible to adjust processes and procedures to moderate the impact, [...]

What is Air Waybill (AWB)?

The Air Waybill (AWB),or air waybill, is the document that must accompany the contract of international air transport in any commercial transaction. It is an official notification that serves to justify the products or goods on board a cargo aircraft.This is the most important notification of an export or import by air and the airline will deliver the goods at destination to the natural or legal person listed as the final consignee on the Air [...]

Cold logistics, present and future for a strategic sector

The outbreak of the COVID-19 health crisis has highlighted the importance of logistics in the service of the most essential industries. After more than a year of tireless work by land, sea and air, the large logistics chains have shown their efficiency and resilience with total competitiveness. Special mention should be made of cold logistics, which has managed to position itself as essential during the toughest months of the pandemic and now, when [...]

The double challenge for the Spanish agricultural sector: maintaining its exports and avoiding Brexit

The Spanish fruit and vegetable sector increased its exports by 7% in 2020 despite the pandemic, reaching an all-time record of 14,594 million euros. In fact, 70% of the total turnover of the Spanish fruit and vegetable sector is related to foreign markets. Furthermore, according to the same sources, per capita consumption of this type of food increased by 14% last year. Currently, Spanish production in the agricultural business is the leading [...]

Customs management of goods and types of warehouses 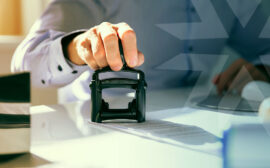 New rules for citrus fruit treatment in the EU 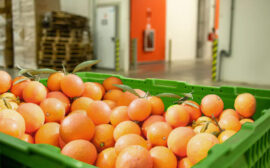 The trade balance and the logistics sector 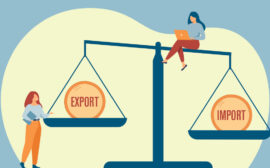 The call is completely free. Call hours are Monday through Friday from 9am to 6pm.
Manage Cookie Consent
Cookies on this website are used to personalise content, provide social media features and analyse traffic. We also share information about your use of the website with our social media and web analytics partners, who may combine it with other information you have provided to them or that they have collected from your use of their services. You can customise your acceptance of cookies by using the buttons below. For more information, please access our cookie policy via the link at the bottom of the website.
Manage options Manage services Manage vendors Read more about these purposes
View preferences
{title} {title} {title}